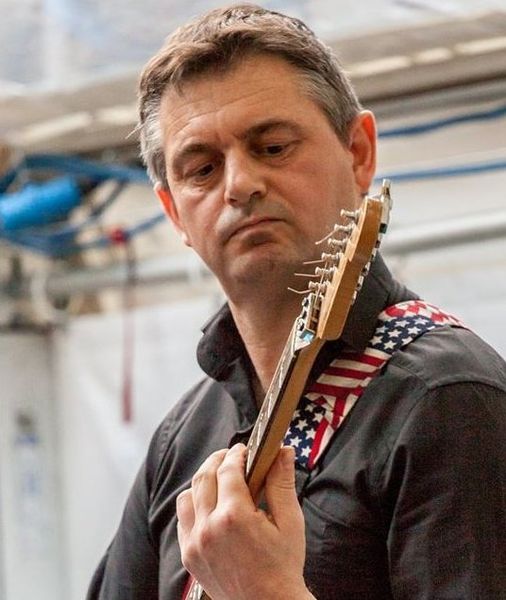 Destined for a career in music, Andy initially began learning trumpet at the tender age of 8 in Bridlington (where he originates), which, of course, made him very popular.

On leaving school, he left a scarred neighbourhood and joined HM Forces as a musician in a military band. Whilst attending the Royal Military School of Music, he studied cornet under Ian Mackintosh (former trumpet player London Symphony Orchestra) and guitar with Terry Walsh (former guitarist with Tommy Sampson Orchestra). Later (self-taught), he transferred onto the French horn. Throughout his military career, Andy performed at numerous prestigious events worldwide, including destinations within the USA, Africa and Europe, where he played lead guitar in function bands, jazz ensembles, big bands and rock bands. After a 25 year career in the HM Forces, he eventually settled in York.

His journey into rock music continued on joining an Americana band (Mulholland), playing at various pubs and charity events in the York area…..and like any guitarist learning the rapid skills of improvising whilst on stage by a ‘nod of the head’ usually from the singer! Note: this is where he teamed up with Vic and Doc.

Since then, he has been a member of KanOwurmz;  influences (due to the forever expansion of  the set lists ) constantly change, ranging from Queen, ELP, Pink Floyd and Dream Theatre, to name just a few.