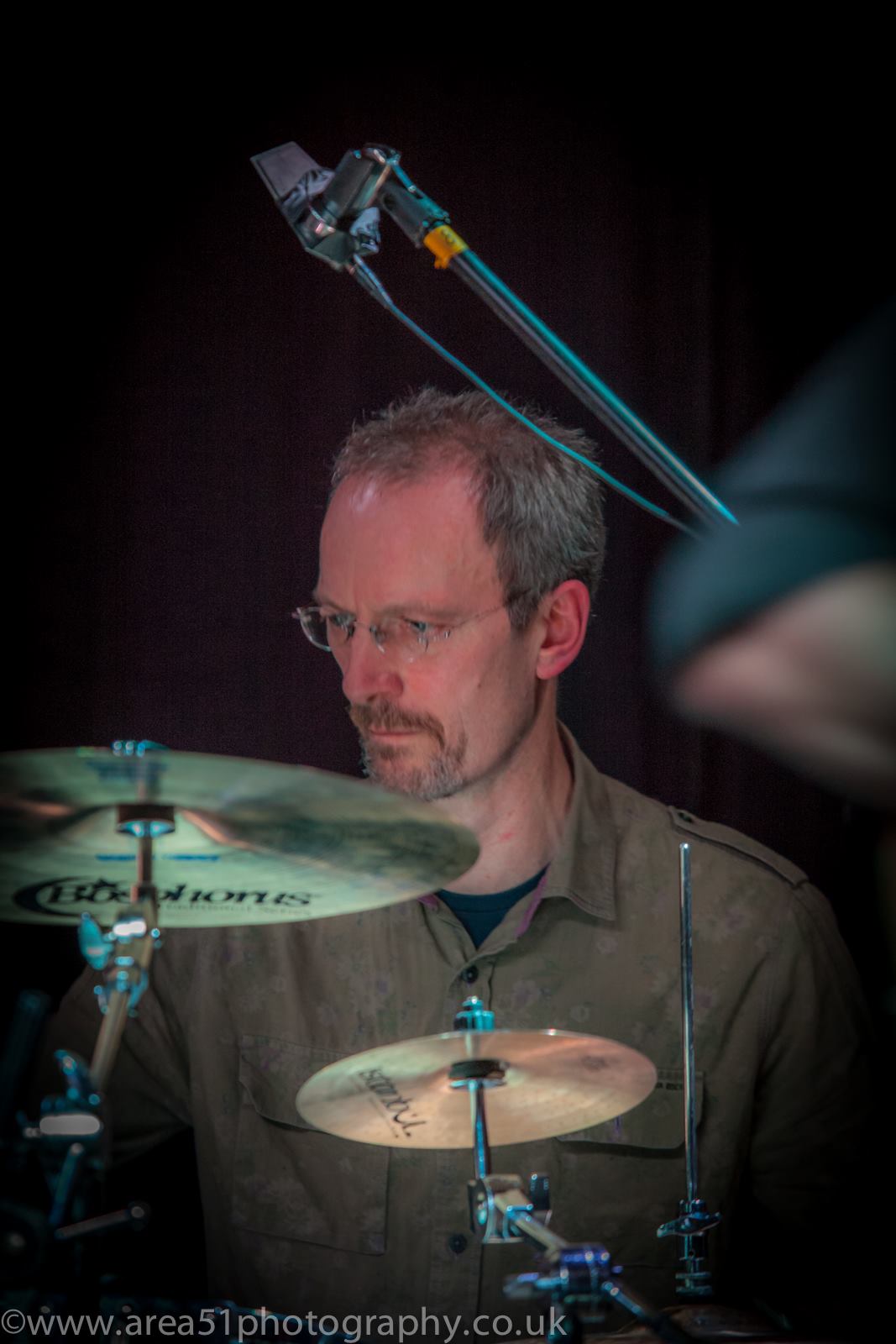 Ade grew up playing loud, thrashy punk music back in the late 70s and 80s in Derry … and not much has changed since (other than the effects of the ageing process). Over the years he has played in different genres of music, from jazz funk and rock to Americana, and either played with or supported various artists, from Peter Cunnah (D:Ream) to Finn Peters and Sarah Gail Brand; from Brendan Power to The Katie Bradley Blues Band and Linda Lewis. He used to play with Belfast-based cowpunk band ‘The Big Electric Cats’, once described by Rolling Stone magazine as ‘the best unsigned act ever’. His most recent project before Kanowurmz was as drummer/percussionist with Americana band the Happy Trails in South East England. Ade likes to call himself a “drummer between the secular and the Damned”.

Ade’s biggest musical influence remains Irish rock band, The Horslips and aspires for his drumming style to be a fusion of Horslips drummer Eamonn Carr with that of the great Ritchie Hayward (Little Feat). Not much chance of that though … so to console his failed aspiration, Ade likes walking and beer.